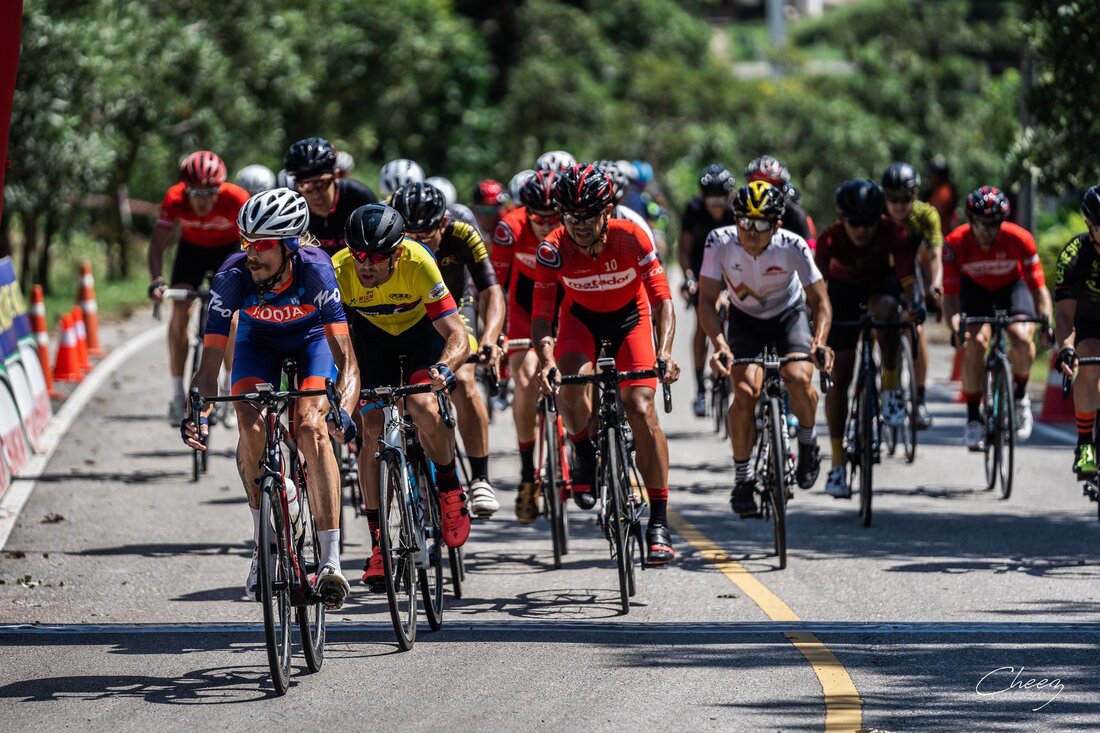 Come race the exciting Masters Tour of Chiang Mai with SpiceRoads Cycling (photo by Cheez Photography)
2May 28, 2019
Such has been the growth of the Southeast Asian road cycling scene over the past decade, that the region now supports a long list of fantastic amateur races throughout the year. Riders flock to the likes of the Tour of Phuket, the Tour de Bintan, the Tour of Friendship, the Masters Tour of Chiang Mai, the Taiwan KOM Challenge and the Etape Thailand from all over Asia and beyond, with most competing as part of groups from cycling clubs and racing teams. But a large number of entrants to these events travel as individuals and it’s perhaps surprising in such a vibrant market that more hasn’t been done by some of the region’s cycling tours operators to attract these solo racers with enhanced packages.

There’s a huge market for such third-party packages to all the big sportive races in Europe, so it stands to reason that there should be a significant demand for something similar in Southeast Asia.

​SpiceRoads Cycling, one of Southeast Asia’s leading cycling tours company for over 20 years, has actually dabbled with this concept before, but they’ve recently decided to go big and have launched what look like fantastic deals for three of the biggest events on the calendar: the Masters Tour of Chiang Mai, the Taiwan KOM Challenge and the Etape Thailand. All three races take place in October and the official websites each offer fairly straightforward online registration processes, but the people at SpiceRoads Cycling are betting that there are a lot of cyclists out there who are willing to pay a bit extra for the luxury experience they are offering.

Each of the SpiceRoads Cycling packages includes guaranteed race entry, arrival and departure airport transfers, accommodation and meals, expert local staff, on-course vehicle support, race nutrition, post-race massage, Team SpiceRoads jersey, bibs and bidons, and getting to hang out with a bunch of like-minded people. Bike rentals are also offered but will cost extra. While SpiceRoads Cycling has a fleet of first-class rental bikes and is more than happy to rent them out, the three events being targeted in their current promotion are races and the company recommends that clients bring their own bikes with appropriate gearing to get the most out of the race experience.

SpiceRoads has a long history of running cycling tours in Southeast Asia and beyond. It began operations in 1995 with a few tours in its base of Thailand. Those baby steps started the company on an epic journey that now sees them operate tours in 30 countries, and not just in East Asia. Their more exotic destinations include Iran, Madagascar, Bulgaria and Morocco. Check out their website at www.spiceroads.com for a look at some of the amazing tours they have curated. 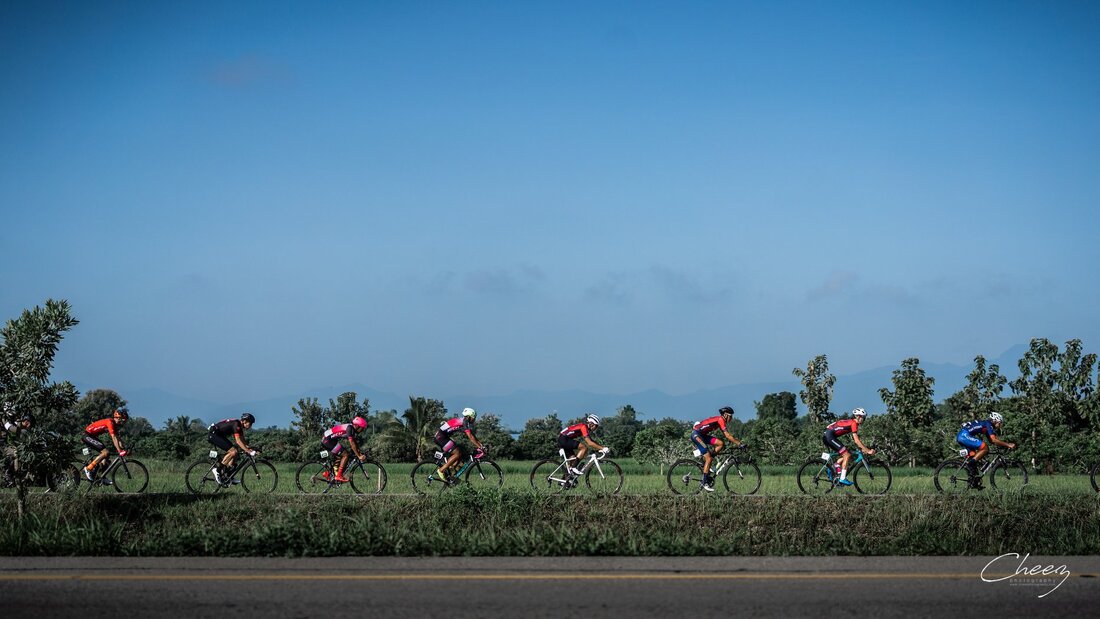 The mountains are never far away at the Masters Tour of Chiang Mai (photo by Cheez Photography)
For its latest venture into racing, SpiceRoads Cycling has chosen three absolute cracking events close to home, each offering a different experience.

​The Masters Tour of Chiang Mai takes place from October 11-14 and since first being run in 2011 has grown in stature to be one of the most popular amateur races in Southeast Asia. The city of Chiang Mai is the jewel in northern Thailand’s crown of natural wonders, sitting in a valley surrounded by stunning green mountains and hills. While a big city, it doesn’t feel like it, and the Nimman district where the four-day stage race is headquartered, has a real cultural buzz, mixing old and modern.

Each of the four stages offers something different: Stage 1 has one medium-sized climb in the middle but the sprinters still have a chance at glory; Stage 2 is a circuit race on the closed roads of a local university; Stage 3 visits the famous Sameon loop and features a summit finish; and Stage 4 is a 10.6km time trial up the venerable Doi Suthep mountain that stands guard over the city. Open and age group categories are offered for the racing.

The SpiceRoads package is a six-days/five-nights affair from October 10-15 and the twin-share cost is US$1,100 per person, with a single-room supplement of US$200. Full details can be found at www.spiceroads.com/tours/master_chiangmai 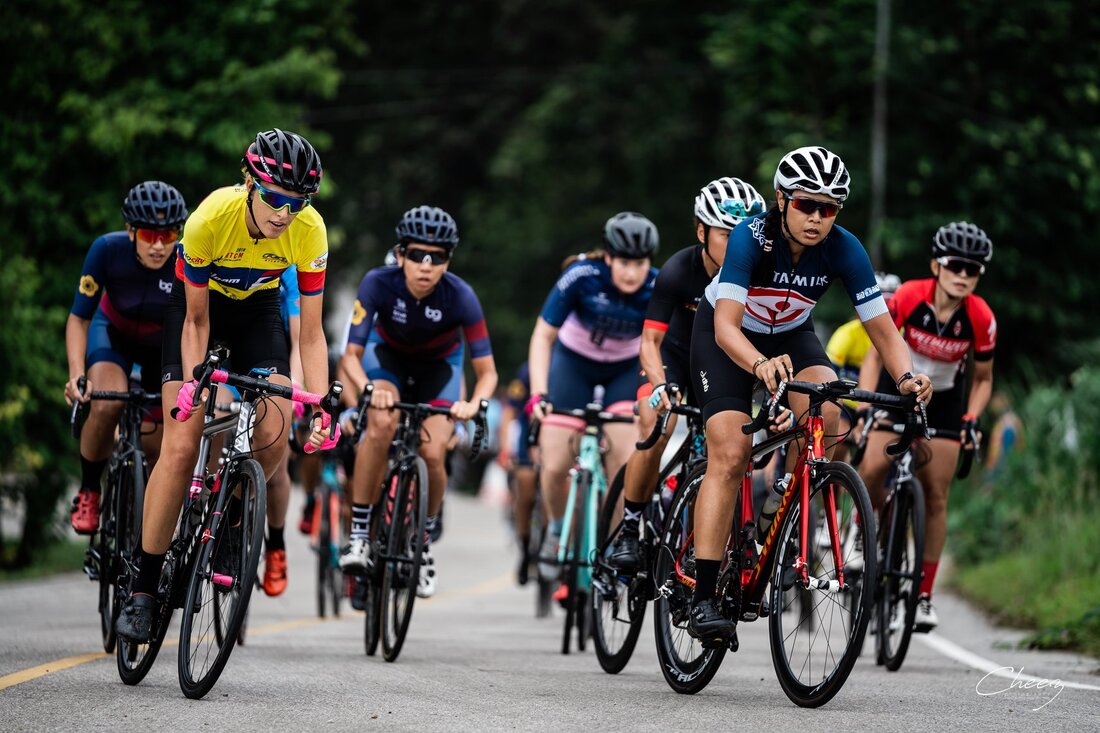 The SpiceRoads Cycling packages aren't just for men! The Masters Tour of Chiang Mai attracts a big field of female cyclists (photo by Cheez Photography)
While the other two races featured in this article are both appealing and take place two days apart, it would be pretty hard to do them both as they take place in different countries, so SpiceRoads is offering two distinct packages.

The Taiwan KOM Challenge is a another relatively new event first run in 2012, but such is its iconic and unique nature that it has quickly become a modern classic with a global reputation. Vincenzo Nibali won it in 2017 and Cadel Evans was in the field that year with the Shark too..! That’s right, participants get to line up in the same start pen as some of the world’s top riders, as each year a few professional mountain goats venture out east for a season-ending adventure. For 2019, Pro Tour teams Katusha Alpecin and EF Education First have already committed to send riders.

This year’s event takes place on October 25, but the SpiceRoads Cycling package takes advantage of Taiwan’s amazing riding terrain and culture to offer a week-long experience leading up to the big day. The Taiwan KOM Challenge is basically the biggest “hill climb” in the world. After a 20km warm up, the road veers into the stunning Taroko Gorge and then heads upwards for 84km climb to the ethereal Wuling Pass, which sits at an altitude of 3,275 metres! The air gets a bit thin up there and the while the average gradient for the whole ascent is just a tad over 3 percent, the final 8km is packed with steep ramps and is as hard a climb as anything the Alps, Pyrenees or Dolomites has to offer. 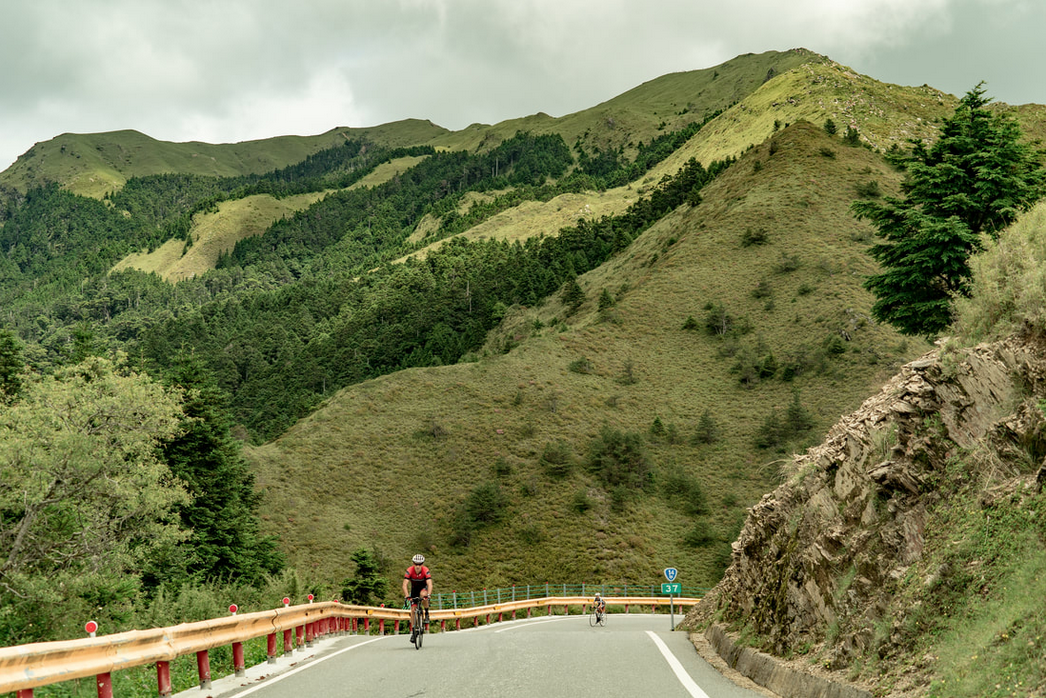 The Taiwan KOM Challenge offers stunning views all the way to the 3,275m summit (photo by Taiwan Cyclist Federation)
Compact chain rings and dinner plate cassettes are a MUST for this trip. But the reward of getting to the top and taking in the stunning view is worth a little bit of pain. And your SpiceRoads Cycling staff will be up there waiting with hot drinks and TLC.

The SpiceRoads Cycling package for the Taiwan KOM Challenge offers a seven-days/six-nights adventure from October 20-26 and the twin-share cost is US$2,440 per person, with a single-room supplement of US$450.

Last but not least on the SpiceRoads Cycling racing program for October is the Etape Thailand, a single-day race on October 27 that is set in the tradition of the famous Etape du Tour sportive. Translating as “Stage of the Tour”, the Etape du Tour each July lets 10,000+ cyclists loose on one of the mountain stages of that year’s Tour de France. While the Etape Thailand obviously can’t offer its participants a stage of the Tour, it does provide a challenging course running through the stunning countryside of Phang Nga province in southern Thailand. There are no big mountains contained within the 159km race distance, but the total elevation gain of 1,600m shows the point-to-point course is anything but flat! 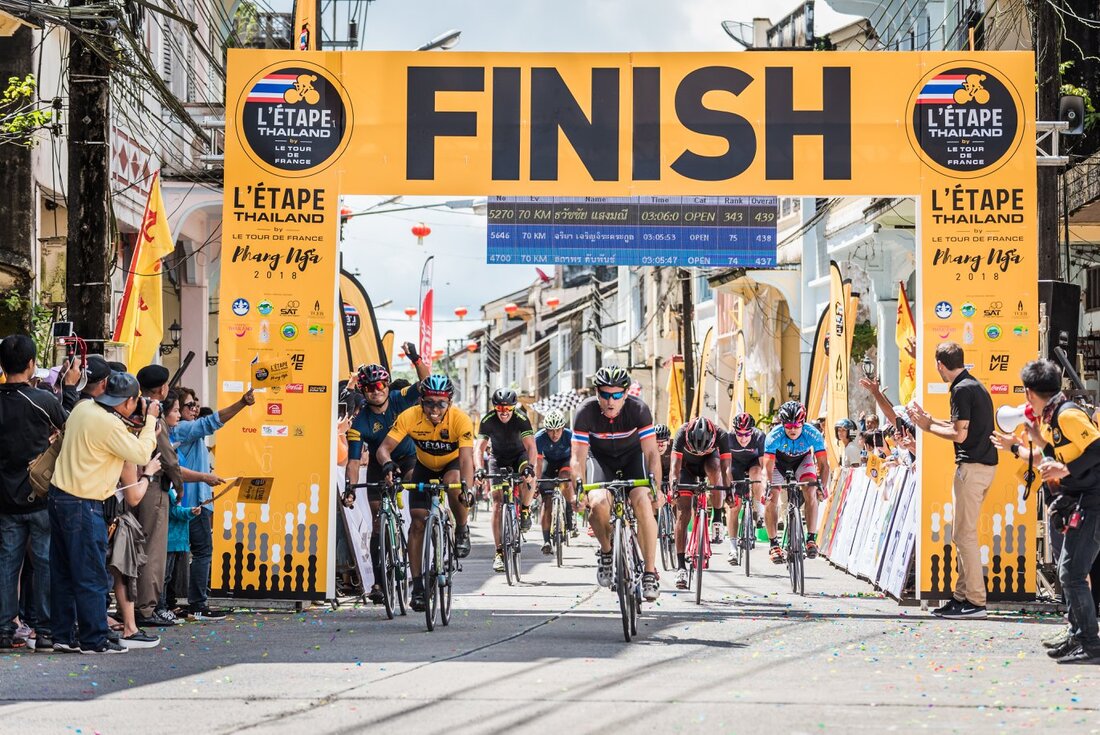 Ride Etape Thailand with SpiceRoads Cycling and get a feel of the Tour de France, Thai style (photo by Etape Thailand)
​This year’s race is the second edition after the debut event last October, and is run under the auspices of Tour de France organisers ASO, so a first-class race experience living up to ASO’s reputation is guaranteed. And signing up for SpiceRoad Cycling’s package will enhance that experience. The four-day/three-night package includes a reconnaissance of the course the day before the event. It runs from October 25-28 and the twin-share cost is US$1,000 per person, with a single-room supplement of US$180. It includes transfers to and from Phuket International Airport, but anybody travelling from afar for the Etape Thailand would be advised to tack on a few days before or after the race as this part of the world is a real paradise.

Check out www.spiceroads.com/tours/letape_thailand for full details.
Proudly powered by Weebly