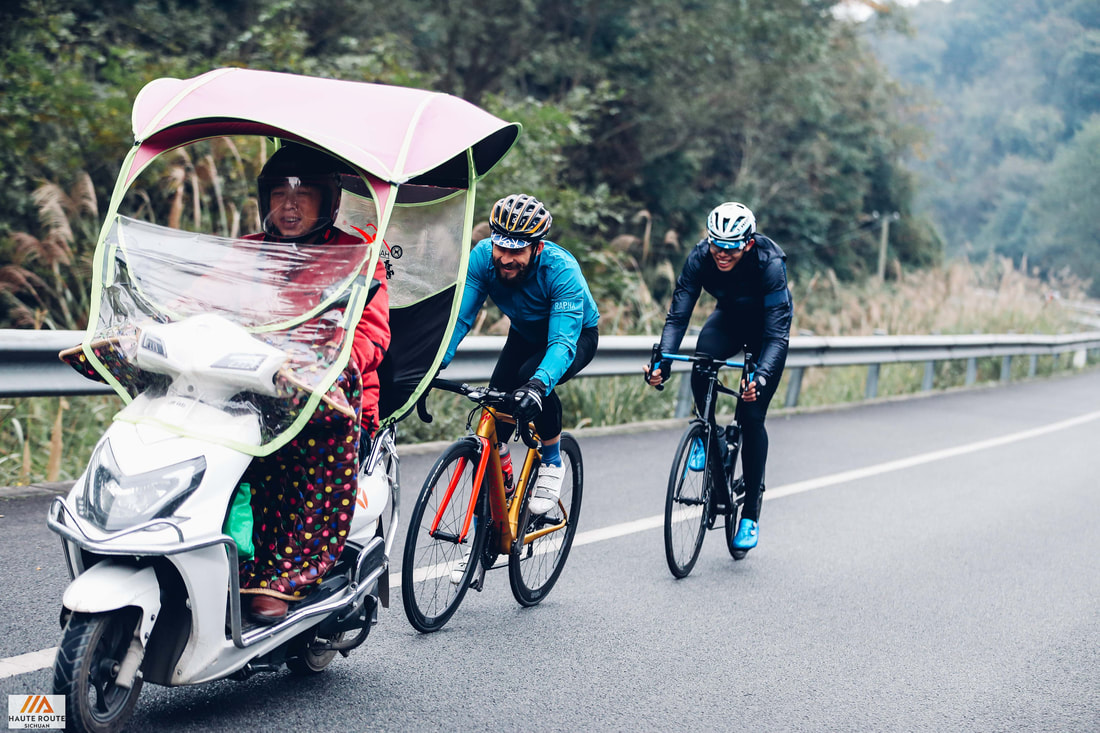 I enjoyed my first Haute Route challenge earlier this year when I travelled to the Middle East for the Haute Route Oman. That three-day event was everything I had hoped for from an outfit that has built such a sterling reputation for offering a “like the pros race experience”. The seamless organisation, tough but stunning courses and generally good vibes surrounding the whole event left me wanting more.

Ideally I’d have taken part in one of the classic Haute Route seven-day events that followed in Europe in the following months, but a jam-packed summer schedule meant I couldn’t fit any of them in. However, I knew that later in the year the Haute Route organisation was taking its first steps into East Asia with another three-day event, this time in China, the Haute Route Qingcheng. Being based in Singapore, this sounded ideal and so I pencilled the October 25-27 dates into my calendar. Those tentative plans have firmed up and I’ll now be heading to Sichuan province in two weeks time for what promises to be another superb cycling experience. I’m eager to see what awaits me – Alan Grant, Editor-at-Large, Flat Spoke Media

October 13, 2019
The phenomenally successful global cycling series known as Haute Route is venturing into East Asia later this month with the inaugural Haute Route Qingcheng, a three-day event set in the mountains of Sichuan province in China. As well as breaking new ground in terms of geography, the October 25-27 event will be the first Haute Route event to take place on completely closed roads.

While the seven-day classic events such as the Haute Route Alps and Haute Route Pyrenees still sit at the core of the series which began in 2011 with a week-long journey down the Alps from Geneva to Nice, the introduction of three-day versions in recent years has opened the wonderful world of Haute Route to a much wider audience.

Sure, a full week of riding up and down mountains under pro race conditions holds great appeal to many amateur cyclists, but for many others, a three-day event is more palatable, both in terms of the physical challenge and of valuable time away from family and work commitments. 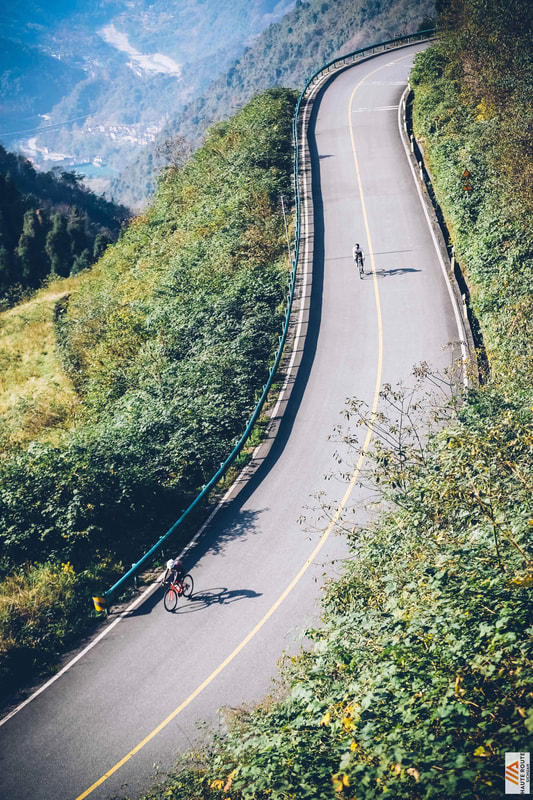 ​Some of the three-day Haute Route events have been based with great success in Europe centred around such iconic locations as l’Alpe Duez, Mont Ventoux and the Stelvio, but those venues aren’t exactly a viable option for an extended weekend getaway to far-flung riders such as those based in the burgeoning cycling markets of East Asia.

The Haute Route people recognised this and cast their eyes eastwards as part of their global expansion plans. The Middle East came first with the staging of Haute Route Oman earlier this year, and a sizeable contingent of those who enjoyed that March 1-3 event flew in from countries such as Singapore, Malaysia, China and Brunei. And now with Haute Route Qingcheng there’s an even closer opportunity for Asian-based riders to take in the Haute Route experience. In cycling terms, China is a vast, but relatively untapped market and so it’s no surprise that the Haute Route organisation decided to choose the country for its first venture into East Asia.

The location
As in all the three-day events in the series, Haute Route Qingcheng offers its participants the convenience of a single venue, with the race headquartered in the town of Dujiangyan, which sits about an hour’s drive from Chengdu, the provincial capital of Sichuan. Chengdu is one of China’s biggest cities and its airport is a regional hub offering direct flights from most of East Asia’s major cities. A shuttle bus or a private car service is being offered by Haute Route to transport riders from Chengdu International Airport to the race hotel in Dujiangyan. 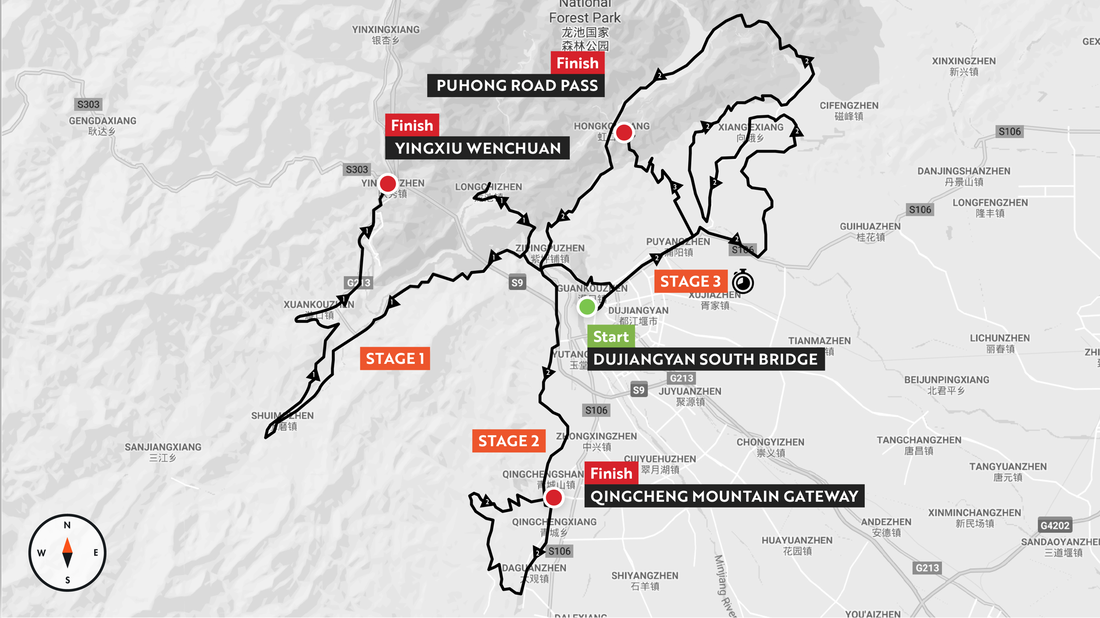 The race is named for Qingcheng Mountain, a peak within a vast range that sits on the western edge of the mighty Qinghai-Tibet plateau. The mountain is revered within the predominant Taoist religion and its densely wooded slopes host a rich cultural history exemplified by the number of temples, palaces, caves and other places of worship. The area has great natural wonders too, as the mountains of Sichuan are home to a diverse collection of unique flora and fauna, perhaps most famously the bamboo forests and the giant pandas who live among them. While a sighting of one of the world’s most famously endangered animals is extremely unlikely while riding in Haute Route Qingcheng, avisit to one of the renowned panda research facilities is part of the agenda for a post-race Sunday cultural tour being offered by the organisers.

Preparation
A year of preparations have gone into making sure Haute Route Qingcheng is a success, including a test event in 2018 which saw a small group of riders tackle some of the roads that have made it into the final routes.

A huge part of the appeal of the Haute Route series is the premium level of logistical support that is provided for each of the events. Airport transfers, good accommodation, seamless race check-in, quality goodie bags, pre- and post-ride meals, well-marshalled race courses, fully stocked feeding zones, mobile mechanical support, a live timing system and even post-race massages. Haute Route Qingcheng offers all that plus the bonus of completely closed roads for racing. China is good at infrastructure and those roads promise to be well-paved and perfect for riding a bicycle on. And then there’s that post-race cultural excursion on the Sunday, which in addition to the pandas, will include a visit to a world heritage irrigation site and a traditional Sichuan hot-pot feast.­ 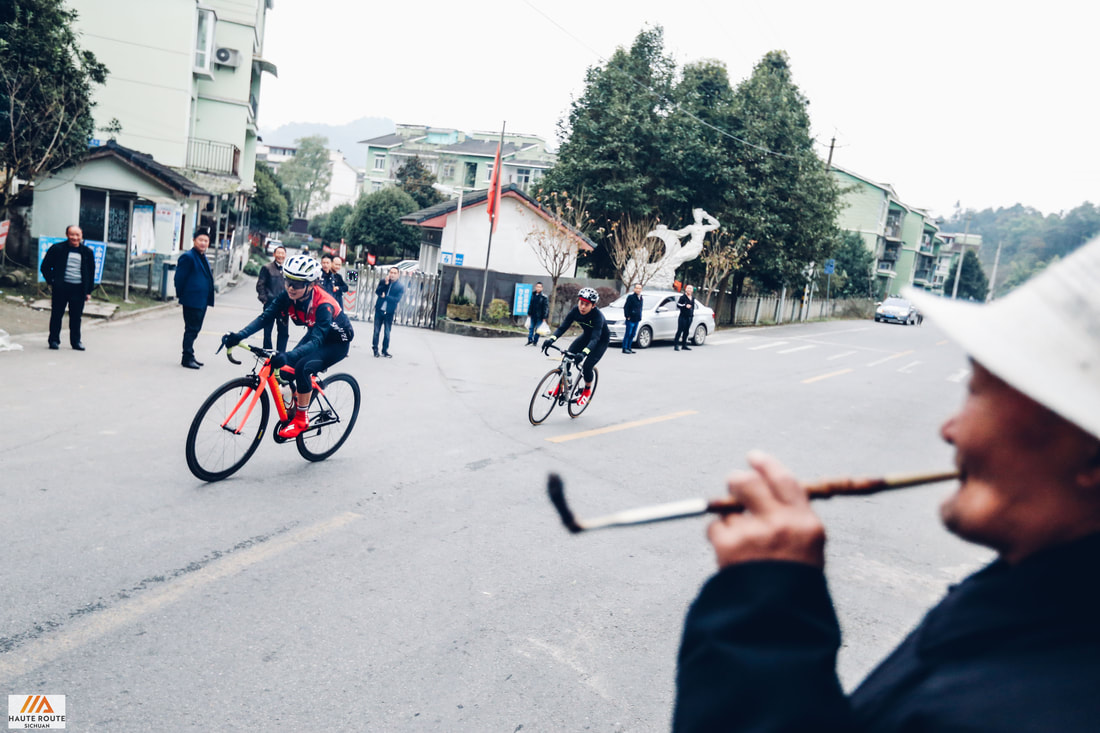 As the event is being held in late October, the weather will be autumnal for Haute Route Qingcheng, with the average October temperatures in Dujiangyan ranging from 20 to 15 degrees Celsius. The city sits at an elevation of around 700 metres, and with the riding going significantly higher each day, participants should be sure to pack the right riding gear, including a rain jacket and/or a gilet, arm and leg warmers and perhaps even full-fingered gloves.

The Riding
Haute Route of course translates from French into “high road” and Haute Route Qingcheng certainly delivers with 5,000 metres of total elevation gain over the three days. Qingcheng Mountain itself will be tackled during Stage 2, which is undoubtedly the “queen stage” of the event with its 128km of distance and 2,430m of climbing. In addition to Qingcheng Mountain, the main feature of Stage 2 will be the climb to Xiange-Hongou Pass, which sits at an elevation of just shy of 1,300m.

On paper, Stage 1 from Dujiangyan to Yingxi looks like a gentle introduction at just 80km in length but it still has 1,600km of elevation gain as it cuts up, over and through the mountains in an undulating course. The final climb up the twisting and vertiginous Balcony Road will offer a tough test, before the reward of a swooping descent to the finish line.

The racing at the inaugural Haute Route Qingcheng concludes with a 24km individual time trial but it’s far from being a simple finale as the course gains 941m in that short distance as it ascends the Puhong Road Pass. Indeed, with the first third of the course slightly downhill, it’ll be quite a slog to the finish line, which is the high point of the entire race at 1,468m. A shuttle transfer will bring the riders back to the race hotel where the prize-giving ceremony and lunch will bring the event to a close.

The Haute Route Qingcheng promises to be a fascinating event offering something completely different in terms of culture and terrain. Go to www.hauteroute.org for full details and to enter. And watch this space for a post-race review.